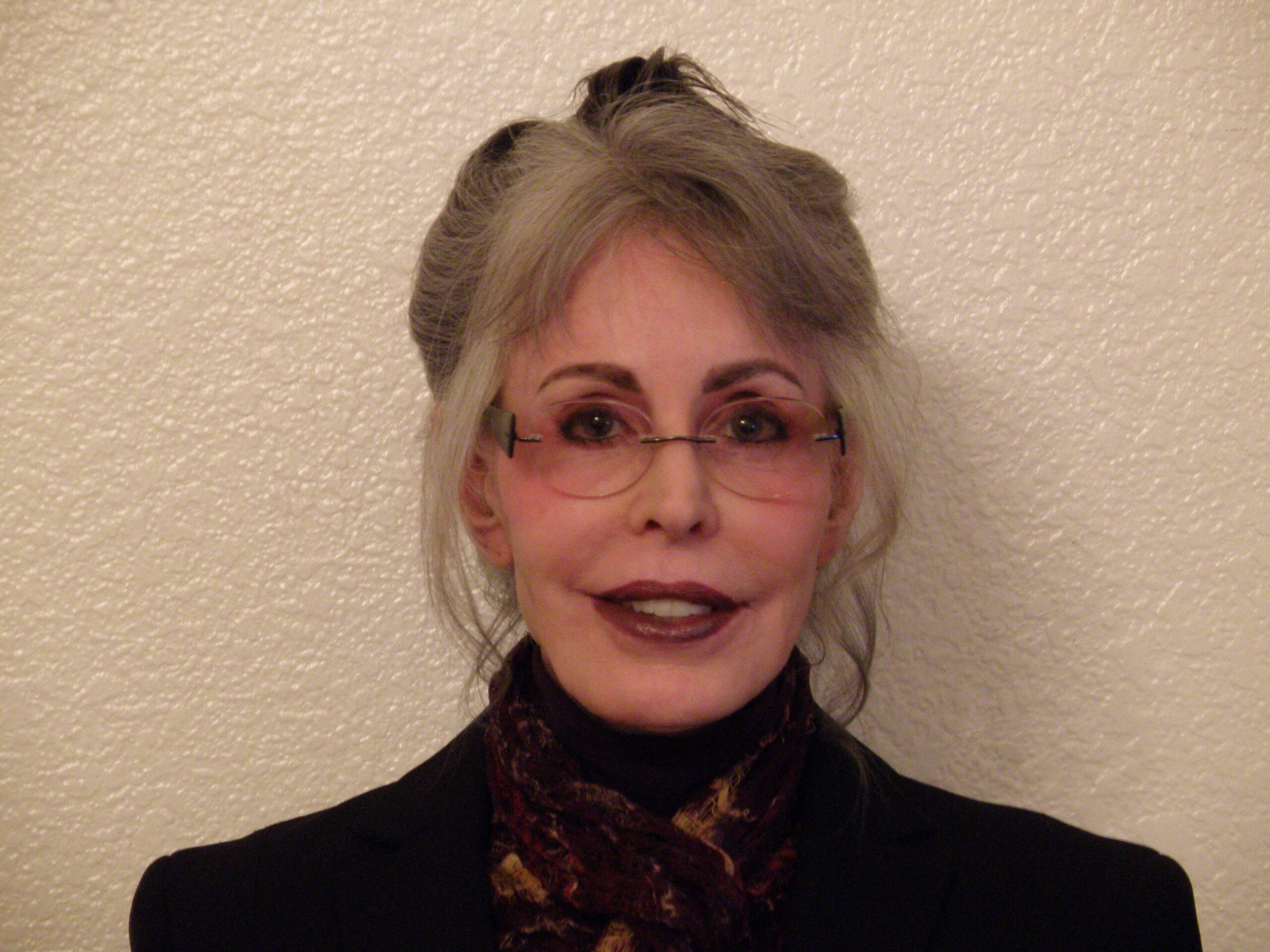 I’m sitting here wondering how to write a blog about hope without sounding like I’m preaching, how to express empathy and make it meaningful, what to suggest you can do to make your life more enjoyable, upbeat, happy, and I’m drawing a blank.

Our country has gone through months, years of great unhappiness. We have many different political opinions, religious preferences, and so on. Acts of nature are beyond our control. Hurricanes, tornadoes, earthquakes, and mudslides where thousands and thousands of people are left dead or wounded, happen more frequently. California is on fire and running out of water. One percent of the citizens in this country hold over ninety percent of the wealth. The middle class has all but disappeared. Health care, including dental and vision, is becoming harder for individuals and families to afford. Even co-pays can be impossible to pay since the minimum wage comes nowhere close to parity for healthcare, medication, or dental work. Daycare costs have caused many families that would like to be a two-income family to become a one-income family even though the family could use two incomes to pay the bills and raise the kids. Many people go without the basic things they need. The income ratio to cost of living expenses, the number of hours worked vs. the number of hours allowed for vacation, sick pay, and family leave are also at the bottom of the list compared to all of the industrialized countries.

When I was a kid, I remember a man’s voice breaking into whatever was playing in the radio. He announced that Dr. Jonas Salk had created a vaccination that would prevent people from getting polio.. I was down the street at Janice Pursure’s house, borrowing her book, Anne of Green Gables. I was about nine years old. We were collectively terrified of being put into an iron lung if we survived polio at all. Today, we take the vaccine for granted. Janice, her mother, and I looked at each other with wide eyes as the radio spilled out words of a promise to take away a deadly disease. Before this, we believed it was our destiny to avoid standing water in open areas and open water sources in the fields and gutters. We were forbidden to go down to the water along the railroad tracks to catch poliwogs in glass jars so we could watch them turn into frogs. We were as terrified as our parents of iron lungs, only being able to see ourselves and others by a mirror built into the top of the iron lung. That was how a kid with polio was going to live for as long as the kid lived.

I remember when there were no premade baby formulas or disposable diapers. My clothes washer had a wringer hand crank as part of its equipment, and I used it to wring the water out of our clothes after washing them. In those days we had clotheslines. If someone had an electric clothesdryer they were rich.  Instead, our luxury was having a metal pulley attached to the back if our garage facing the alley, and a metal pulley attached to the back porch with a long twisted wire looping toward and around each pulley so we could move the clothes farther away as we hung them. Before that modern invention, a clothesline consisted of two stationary wooden posts fifteen feet apart with one or two lines of thin rope running between the two posts. Women hung clothes by pinning an item of clothing on the clothesline with wooden clothespins, then picking up the next piece from the laundry basket, which was moved down the length of clothesline with the woman, and repeating the process. What we had then were new and modern at the time. We were happier than we’d ever been, but we didn’t know that then. We had hopes and dreams for the future. A better future always seemed possible.

We didn’t have global warming, hadn’t experienced a pandemic since the great flu pandemic of 1918. A twenty year war with another country was unthinkable. No one wore face masks then because, unlike today, the method of transmission was unknown.  We weren’t trying to convince people to get vaccinated because everyone’s parents had them vaccinated. Yes, there were some rare side effects, but nothing as widespread and deadly as what the vaccinations prevented. We all had scars on our upper arms from the smallpox vaccination. We also got vaccinated for tetanus, whooping cough, and Pertussis. Parent’s believed this was part of good parenting.

We’ve had happy, peaceful, and exciting times. As children, we played hopscotch in the street and hide-and-seek in the neighbor’s yards. After my childhood, there were playdates for modern families. Families went camping together, had house parties, celebrated birthdays with big birthday parties, and didn’t fear death because of a hug or a cough.

We, as a country and as individuals, are going through a challenging time. Today, we don’t know what will get us first, a deadly disease, a deadly virus, or a wildfire. Wildfires are burning all over the state, and water shortages are so dire the entire state will soon be rationed. The Corona Virus has mutated several times and killed many people of all ages and walks of life and crippled many more. We’ve been told to stay away from our families, our friends, restaurants, stores, museums, theaters, schools, and more for the past year and a half. Parents face a terrible decision: send their child to “walk-in school” so social development isn’t crippled or home school them to keep them safe from the Coronavirus. To survive, we have to tolerate many guidelines and restrictions. Many people survived but with serious health issues to contend with and most of us know someone we cared about dying from the Corona virus. We can’t even say goodbye because entire hospitals are quarantined because of the virus, forcing our loved ones, desperately ill or dying, to go through it alone because no visitors are allowed in the hospitals. Sick people get turned away from the ER because the pandemic has filled up hospital beds, and ambulances have to wait in hospital parking lots to transfer their patients to a hospital healthcare person. We never could have imagined refrigerator trucks for dead bodies. In a Steven King novel maye but never in real life.

Remember the hopes and dreams we had before this awful time began? If you’re too young to know about life’s cycles, ask someone who has lived a long time to tell you that life is unpredictable, frustrating, frightening, joyful and peaceful. Life is a cycle, and the cycle repeats. That’s why there are more humans on the planet today than ever before. Our ancestors survived much hardship. However, no matter what the perils were to them, they faced forward, never giving  up living, committing some mass suicide or refusal to procreate. They were busy working hard for a better future whatever that might have been. Humans have always been, for the most part, hard working and ambitious.

Now, when it seems like the darkness might never lift, we can’t allow our hearts and our minds to become blackened like soot from the wildfires raging around us preventing us from imagining a way forward toward a new and better time. We need to believe in fairy tales, happy endings, and that the bad guys always get it in the end. We cannot capitulate to living lives of depression and anxiety. Humans always find a way, even if they suffer greatly for the solution. That’s why life is more like a circle than a straight line. Throughout our lives we are always leaving a bad cycle behind for a period of experiencing the wonder and awe life presents to us. And who knows how long until the next cycle begins?  We don’t know. We can’t predict. We just know life happens that way.

Healthy food, plenty of water, good sleep, moderate exercise, and smiling at yourself in your mirror every day will help you get through this challenging time. Refusing to give up hope is essential. Be creative, inventive, and aware life only requires living one moment at a time. Take up a hobby, any hobby, experiment and see what sticks, repair and clean out in and around your house that you’ve put off for so long. Learn to communicate for closeness as well as business. We have this moment right now, which means there is hope for another moment and another and another. Life is a necklace of moments strung together by the gods. Some beads we hate, some we love. We have to take the entire necklace if we want any beads at all, and that’s why a life, an era, a time in history is a circle, a cycle.

Before Jonas Salk, we felt helpless and full of fear regarding polio, and after some time went by, we forgot that such a terrible thing existed. During the Great Depression or the flu pandemic at the turn of the century, or during wartime, or anything else causing people fear, anxiety, anger or helplessness, they didn’t believe they would survive yet they held their metaphorical circular necklace in their hands, accepting the unbearable beads because they hoped for the equisite beads, which, in time, came to them.

Because we didn’t stop moving forward, we did have many better tomorrows. We are strong, determined, and capable people. We’ve always made it to a better day. Be kind, go easy, first to the hardest one for you to love, yourself, then to your family, friends, neighbors and coworkers. Did you know fake smiling causes the brain to release the same feel good endorphins as a real smile? Fake smile until you are able to smile. Do the best you can in one of the most challenging times this country has experienced. Don’t beat yourself up when things don’t go right. You missed the dress rehearsal. We have endured before, and we can and will do it again. The pandemic, severe climate change, catastrophic weather events will be remembered as a terrible time when many people died. We’ll not forget the pain and fear or that our country was out of control.  Children will learn that it seemed as if the world was falling apart, but at the end of the day, we found ways to survive, to put it back together better.

We can do this. We will do this. It’s one of the characteristics of humans who design and create new solutions, enjoy newly found awareness’, opening the door for humanity to step into a better future. We know difficult times will come again. In the meantime, we learn new ways to live, remember dangers to avoid, and pleasures to embrace.

We never give up because humans are crazily, goofily, helplessly, hopeful. Take a deep breath with me. Hold my metaphorical hand. Let’s go now. Onward!